(From the website of the Media Technology MSc Program)

Floating is the title of a project by Berber de Vries, Robin de Lange and Atze de Vries. It was undertaken as part of the Media Technology semester project, in which groups of students must develop an experiential product from a single theme, in this case floating.

From their studies around the theme of floating, the group observed that for humans actual floating (or weightlessness) can only be achieved under very strict and restricting circumstances: inside a closed parabolic flying aircraft, aboard a confined space station. In a way this contradicts the notion of freedom that we strongly attach to floating. Moreover, true floating restricts oneself from propulsion and thus chasing desires, hence also contradicting the notion of freedom. From this the statement made was thatfloating is an illusion of freedom.

From this statement, an installation was developed comprising a large helium balloon that carries a mouse inside a small cage. Through a clever system, the whole installation retains zero-buoyancy in air, and thereby floats.

The Floating installation was part of the 2012 Media Technology exhibition, jointly organized with the V2_ Institute for the Unstable Media, and was also show at Museum Naturalis in March 2012. 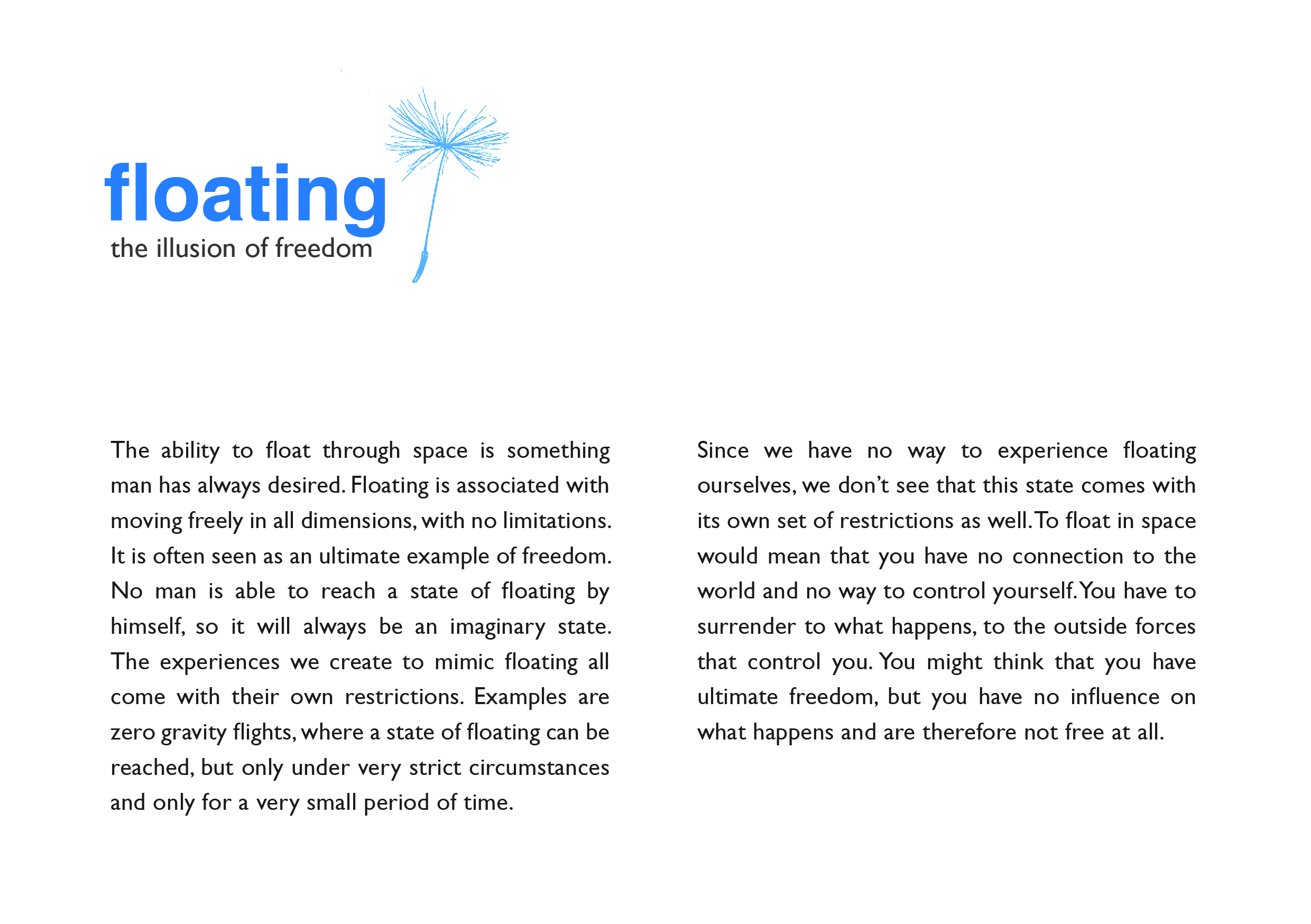