For the course Embodied Vision Erik Jansen and I have made a Max/MSP Jitter patch that re-edits footage automatically and motion-based.

The conductor is the leader of a musical ensemble, whose task it is to direct the musical performance by making gestures. One of the main tasks of the conductor is to set the tempo of the music. We were interested in using these visible gestures to direct something different than an orchestra, namely the tempo of a video. We have interpreted the motion in a video we’ve found showing a static shot of the conductor of ‘Der Fledermaus’ and used this for the automatically re-editing of another video.

For the footage that is re-edited we’ve used the film Koyaanisqatsi. In the Hopi language this title means ‘life out of balance’. The feature length film contains beautiful shots and tries to show the relationship between humans, nature and technology. It is a mixture of slow-motion and time-lapse footage of natural landscapes and cities. As final result we have a split screen video, containing the video of the conductor and selected images from Koyaanisqatsi with corresponding motions and editing speed. One might say that by re-editing the footage the conductor is trying to bring back balance in life.
We have used Max/Msp/Jitter for this project. . 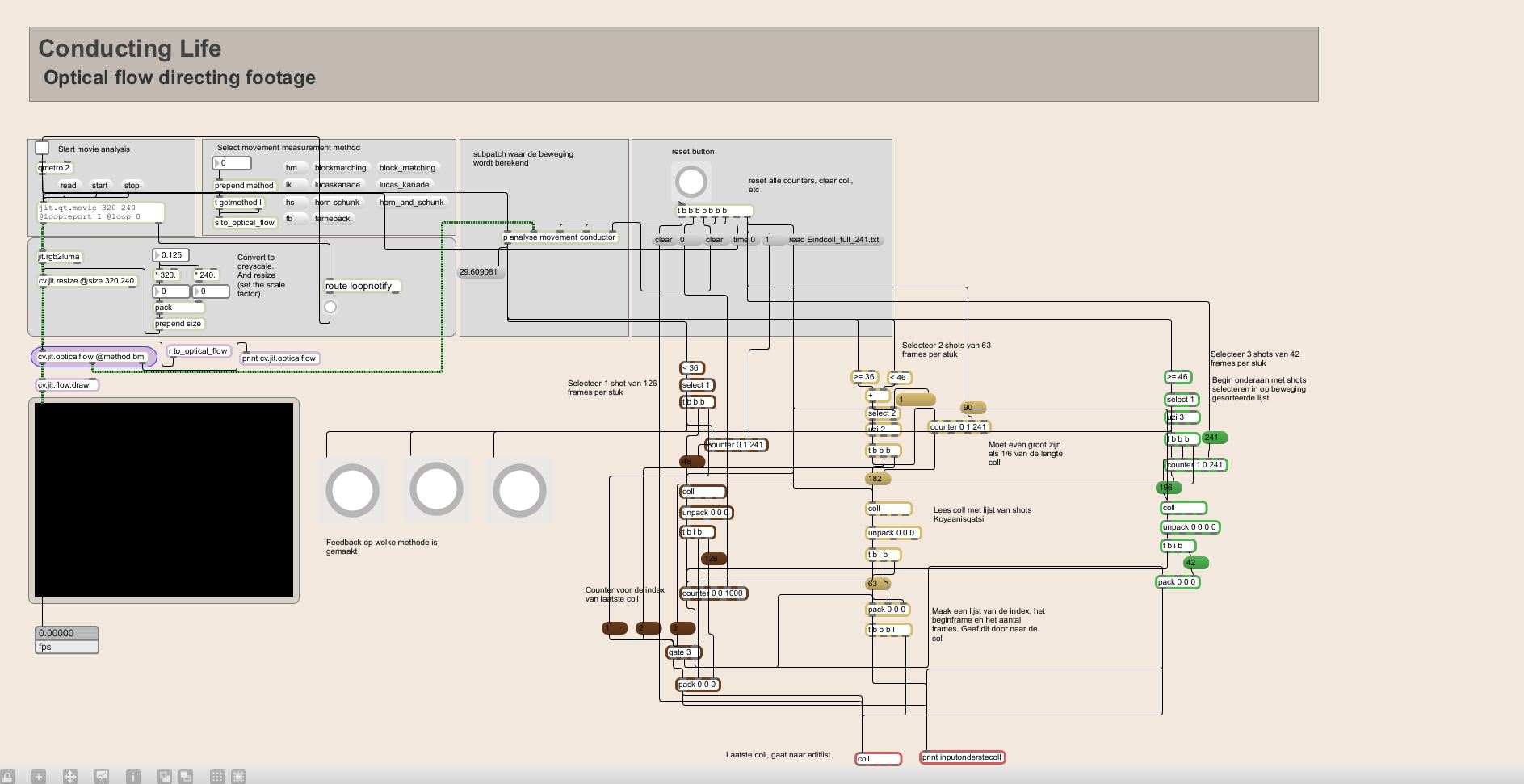